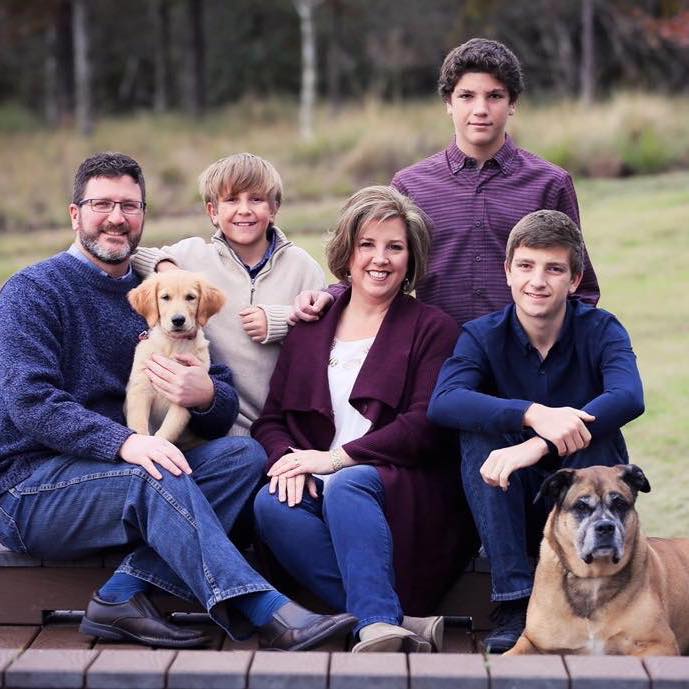 For Jon there is nothing greater than seeing God’s heart-changing, life-changing, world-changing Grace at work. Jon has enjoyed ministry that reaches across a wide spectrum of peoples, cultures, persuasions and interests – family discipleship, engaging newcomers, revitalizing ministries, university chaplaincy in England, leading local churches and a multi-national congregation in the Houston area.

Jon is married to Heather, who is also a pastor. They have three sons – Noah, Daniel and Michael – who give the most delightful critique of life’s arrogance. By virtue of their ‘brother-ness’, these three provide quality, free entertainment for multiple audiences, including total strangers at the grocery store. Noah (14 yrs) and Daniel (13 yrs) are active in Scouting and always eager for a new adventure. Whereas Noah gravitates toward the challenges of science, Daniel thrives on social interaction. Michael (9 yrs), who is known by some as “Obi-two Kenobi,” hopes to attend Jedi Knight School instead of college. If Michael finds a Jedi Knight School, his dad has promised to attend with him.

When not doing ministry related activities or chasing after his boys, Jon is most likely kayaking, hiking with Heather or watching a soccer game. He is a huge fan of Major League Soccer, USA Men’s National Team, and English Premier League.